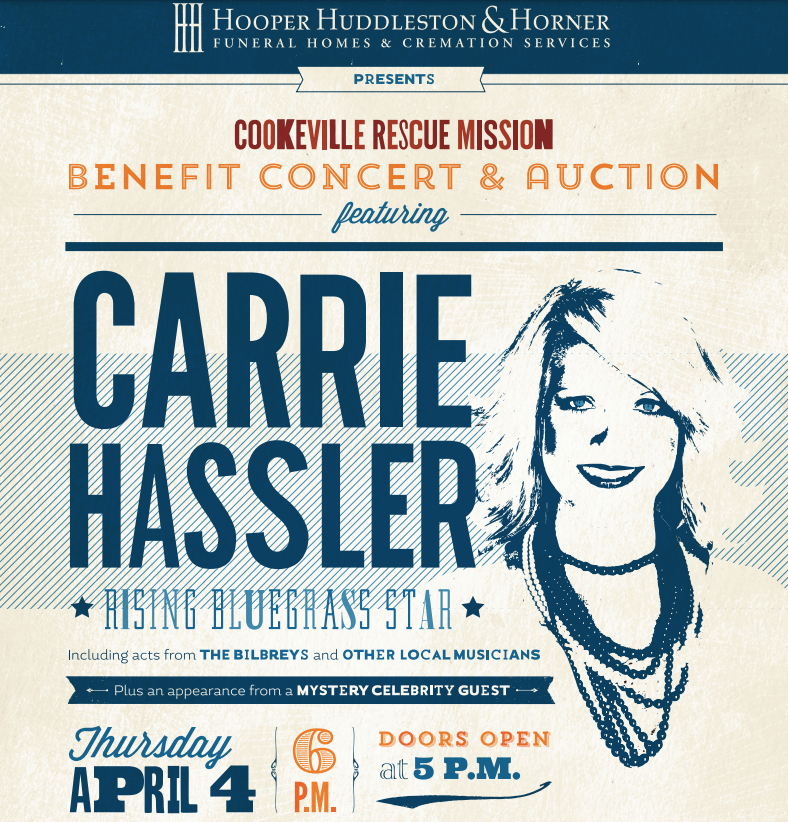 If you want to enjoy some stargazing in Cookeville, then be sure you’re out at 6 p.m. on April 4. That’s when up-and-coming country/bluegrass artist Carrie Hassler — along with a surprise celebrity guest plus bluegrass group The Bilbreys and many other acts — will take the Prescott South school auditorium stage for a night of fun that will benefit the Cookeville Rescue Mission.

Organized by Allan Atkins, father of country music superstar Rodney Atkins, the concert will also feature a live auction with a variety of autographed memorabilia from celebrities including athletes, country music stars and more. The stars of the auction will be two Epiphone guitars — one that Rodney Atkins played and that he and Keith Urban signed, and one that Rodney will take on the road and have autographed by many different celebrities.

Tickets cost $15 at selected outlets to be announced, or $20 at the door. Though tickets are not yet on sale, you can reserve yours now by calling the Cookeville Rescue Mission at (931) 528-5819.