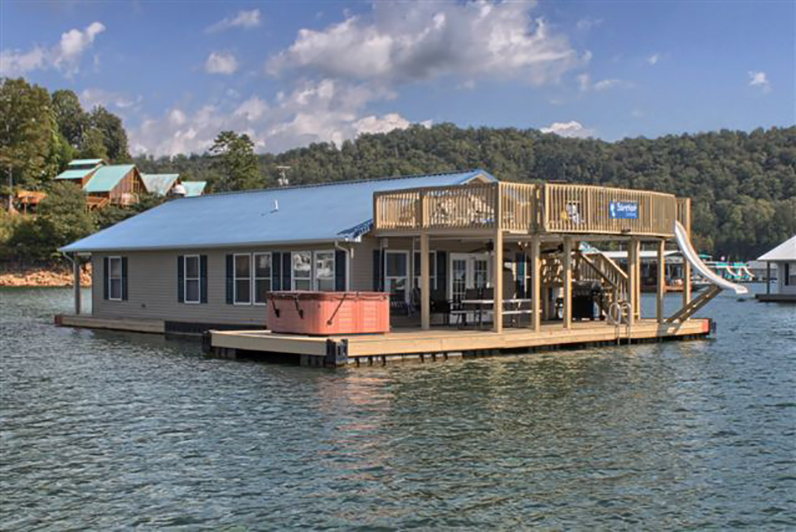 The Story of the Cumberland Byway

The narrative that follows provides a compelling story of what it is like to travel the Cumberland Historic Byway from the Cumberland Gap to the Cumberland River. The author’s passion for this special place is evidenced through his poetic use of prose. Edwin Gardner died tragically, in July 2010 while riding his bicycle. A great loss. “The east end of the Byway begins just south of Cumberland Gap, where Powell Valley Road (TN 63) intersects with US 25E. For the next 32 miles you are on one of the most scenic back roads in Tennessee, passing through the lush farmland of Powell Valley, with the Powell River on your left and the dramatic escarpment of the Cumberland Plateau looming up 1,000 feet or more on your right. This valley’s rich history dates from the earliest pioneer settlement in the 18th century, and is still dotted with 19th-century farmhouses and barns. This county has 38 farms that have been worked by the same family for over 100 years, and many are found in Powell Valley. You soon arrive at Cove Lake State Park created by the Civilian Conservation Corps, a scenic gem whose intimate lake is nestled against the foot of the Plateau. A quick six-mile link on I-75 takes you past the 1,800-foot-high rock-ribs known as the Devil’s Racetrack. You can climb to the top via the Cumberland Trail, which intersects the Byway near Cove Lake. Exiting onto TN 63, you climb steadily through a landscape of jumbled peaks of the Cumberland Mountains for 21 miles. On either side of the road is the great unbroken forest of the Sundquist and Royal Blue Wildlife Management Areas, home range for one of only three elk herds in the eastern United States as well as black bear and many rare species. You arrive at the intersection of US 27 and the Big South Fork Visitor Center. There you receive help in planning a side trip into the Big South Fork National River and Recreation Area, taking advantage of extensive opportunities for driving scenic back roads, hiking, horseback trail riding, camping, wildlife watching, whitewater canoeing, and interpretive programs about the pioneer, logging and coal mining history of the area. Eight miles to the south on US 27, you pass through three small hamlets typical of the Cumberland Mountain coal country to the intersection of TN 52, where you head west. After eight miles, you arrive at the charming, time-capsule village of Historic Rugby, a National Historic District. Historic Rugby is a fully restored Victorian settlement that was built in the 1880s in the heart of what was then a wilderness. A stop at the new Rugby Visitor Center shows the unique story of this “last English colony,” built by British and other European immigrants seeking a new start in the New World. From Rugby, you continue westward on TN 52. A couple of miles down the road, you pause at the spectacular bridge over the Clear Fork, one of the tributaries of the Big South Fork, to enjoy the view down into the gorge. Now you are entering the Plateau itself, where the landscape opens up as a wide, rolling table land with broad vistas here and there. After 12 miles, you arrive in the little German-settled town of Allardt,, where you can enjoy the 19th-century buildings of the Allardt National Historic District. From here, a short side trip takes you to Colditz Cove State Natural Area, where Northrup Falls drops in a sheer veil of water for 63 feet into a rocky bowl.

Four miles beyond Allardt on TN 52, you arrive in the historic town of Jamestown, where a tour of the Old Fentress County Jail gives an eye-opening reminder of the region’s rough history. You continue northwest on US 127, and a side trip takes you to Pickett State Rustic Park. A hike takes you past a riotous assortment of arches, overhanging cliffs, and other geological features. This park is also a National Historic District, being the most extensive CCC-designed landscape in Tennessee. Nearby, a short hike takes you to the breathtaking Twin Arches in the BSF, the highest arch in the eastern U.S. and especially remarkable for having two large arches side by side.

A few miles down the Byway, set in this beautiful, rolling farmland, you discover the Alvin York Farm National Historic District, home of WWI’s most celebrated hero. At the York family’s farm and water-powered gristmill, you can walk in the footsteps of this man who, though showered by ticker tape in the streets of New York and portrayed by Gary Cooper in a popular movie, held fast to the simple, homespun values of his Wolf River valley upbringing. Continuing on US 127, you enter a landscape that descends gradually from mountain forest to the bucolic farmland of the Wolf River valley. You stop for refreshment at Forbus Mill, an early 20th-century crossroads dry goods store that has not changed a bit. Narrow, winding side roads in this valley carry you through a lovely, rural landscape that seems right out of the 19th century.

Farther down the Byway, you turn southwest onto TN 111. Soon you arrive at Cordell Hull’s Birthplace, a humble log cabin that was the boyhood home to the Secretary of State under FDR, winner of the Nobel Peace Prize, and often called the ‘Father of the United Nations.’ You may marvel, as have many before, that two important celebrities of the early 20th century grew up in this remote Tennessee valley and that their actions in the public arena continued to show the strong impression of the culture and values of this place. Recently, with the help of the Friends of Cordell Hull Association, the state purchased additional land containing the scenic and historic Bunkum Cave. With a mouth over 100 feet wide by 30 feet high, bisected by a small, clear stream, Bunkum Cave has been a delight to generations of adventuresome local explorers for years.

Farther along, you arrive at the intersection of TN 52 and, heading west through more unspoiled farm landscape to Standing Stone State Rustic Park, another CCC-designed park and also a National Historic District. If your timing is right, you get to watch the annual world championship rolley hole marble competition. This rare continuation of a traditional sport of the region is played with handmade flint marbles.

Farther west, you arrive at Celina, an old steamboat town at the confluence of the Cumberland and Obey rivers, which was once the transportation hub of the whole Upper Cumberland Plateau. A Corps of Engineers dam on the Obey River has transformed the town into the gateway to Dale Hollow Lake, a dramatically scenic body of water, with deep coves set among steep, forested hills. You may decide to rent a houseboat and relax in this restful atmosphere for a day or two, musing on the days when the Plateau’s loggers, including Cordell Hull himself, once ran huge rafts of fresh-cut timber down this same river to sell them in Nashville.”